dancechanneltv
Admin
posted on 4 years ago — updated on 1 second ago
50,939
views
Some stories are more well-known than others. This is the case with any genre including ballet. Below we have a list of ten of our favorite famous ballets. 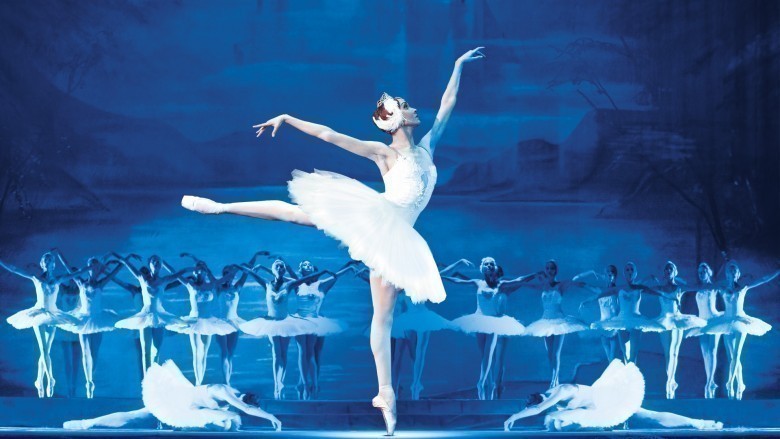 The first ballet on our list of famous productions in the genre is another ageless tale that has been reconstructed, reprised, and reproduced over the span of a century. Composed by Tchaikovsky in 1875, this story was a flop in the very beginning. It combines two Russian folk stories into two acts.

First, we meet Prince Siegfried on his birthday surrounded by his friends and his subjects. The Queen announces it is time for Prince Siegfried to choose a bride and end his carefree ways. Siegfried, saddened by the lack of love this marriage will include, goes on a hunt for swans with his friend Benno.

Alone by the lake hunting Siegfried takes aim but is shocked when he sees one of the swans transform into the lovely maiden Odette. When seeing him, Odette is afraid. He convinces her that he intends no harm, so she tells him of her true identity as the Swan Queen. Odette is under a horrible spell that Von Rothbart, the sorcerer, had cast upon her and all her female companions.

The lake they are swimming in was derived from Odette’s mother’s sobbing. During daylight hours they appear only as swans, but in the evening, at this lake alone, they are free to walk as they once were. Siegfried says he will kill Von Rothbart but learns that if he does the spell can never be broken.

The women turn back to swans, and Siegfried vows to win Odette’s love. Meanwhile, his mother has arranged for him to meet six princesses, one of who she wants to be chosen as his bride. The sorcerer crashes the party with his daughter Odile, who is dressed to look like Odette. He hopes the prince will choose her for his wife. 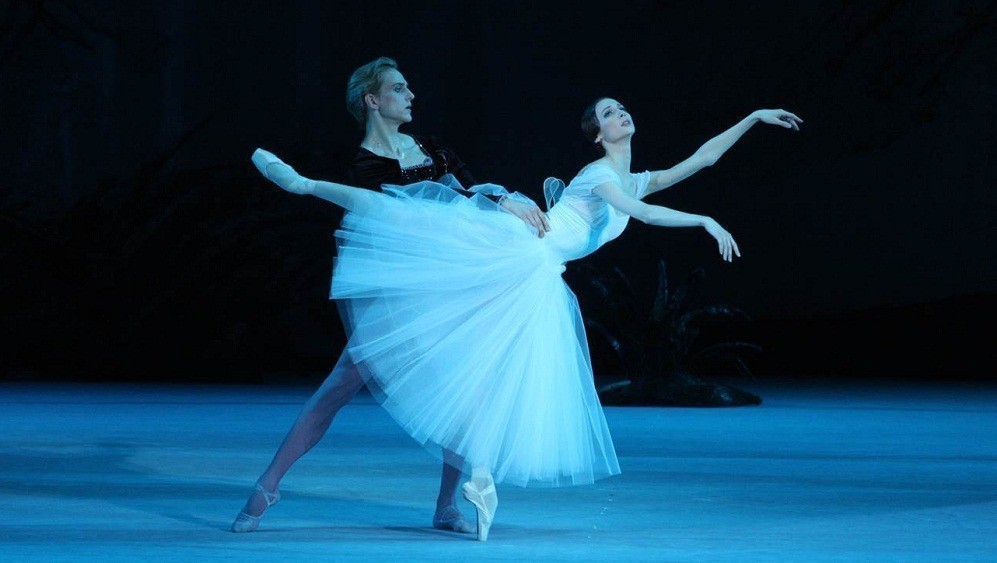 This two-act ballet was premiered at the Salle Le Peletier in Paris on Monday, June 28, 1842. Carlotta Grisi, a prima ballerina hailing from Italy, performed in the title role. This was an instant hit and made its way across Europe. The version choreographed by Marius Petipa during the turn of the twentieth century is the one that is frequently revised today.

Set in the Middle Ages, we meet Duke Albrecht of Silesia and Giselle, a shy and lovely commoner, with whom he has fallen in love. Still, Duke Albrecht is promised to Duke of Courtland’s daughter. Albrecht puts on a disguise, and goes by the name of Loys, with the intention of courting Giselle during the grape harvest festival.

Albrecht isn’t the only man who wishes for the hand of Giselle. Hilarion loves her too and is skeptical of Loys, who seems to be successful in attracting Giselle. Berthe is Giselle’s mother and is concerned for her daughter because of her weakened heart.

When learning of Loy’s betrayal, Giselle dies of a broken heart. The first act ends with Berthe sobbing over her daughter’s deceased body. Hilarion and Albrecht begin to fight until Albrecht runs away in agony. 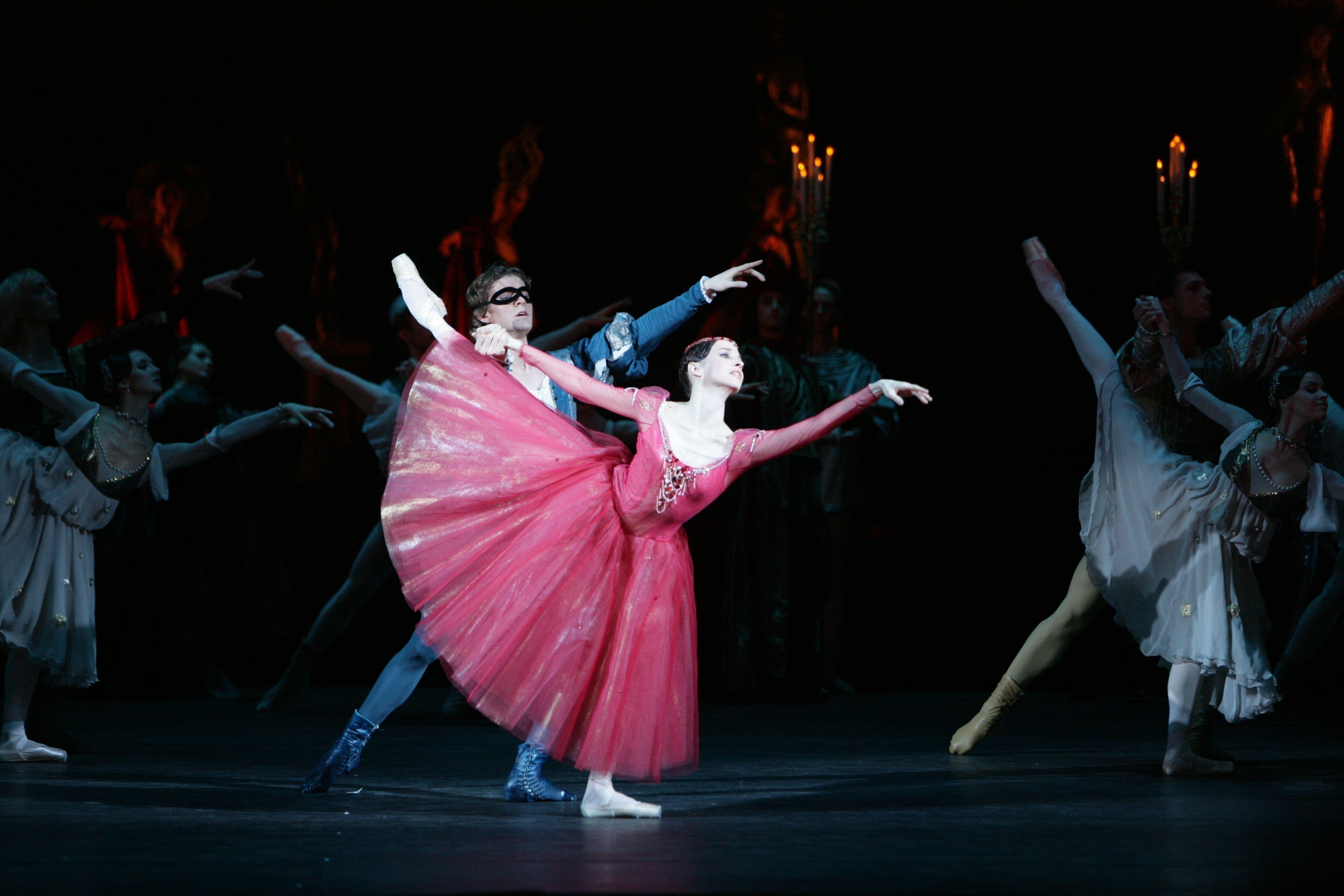 A trend that seems to work with ballet is the adaptation of old stories into something beautiful and new. This was done to the legendary Shakespeare tragedy by Sergei Prokofiev, who also appeared on this list as a composer of Cinderella. While the completed work opened in Czechoslovakia at the Mahen Theatre on December 30, 1938, music from it had already been played in Russia and the United States.

The music and dance tell a tale of the young couple who are forbidden to love due to their families feuding. They fall for each other anyway and attempt to escape the ever reaching hand of their parents. Of course, the end is the timeless suicide/suicide pact that is known the world around.

The version that tends to be reproduced today was choreographed by Leonid Lavrovsky and performed at the Kirov Theatre in Leningrad on January 11, 1940. Galina Ulanova and Konstantin Sergeyev filled the roles of the star-crossed lovers.

Some notable reprisals and reproductions include Frederick Ashton’s choreography at the Royal Danish Ballet in 1955, John Cranko’s dance direction at the Stuttgart Ballet in 1962, and 1977’s production created by Rudolf Nureyev, with brand new choreography, for the London Festival Ballet. In this Nureyev played Romeo to Patricia Ruanne’s Juliet. 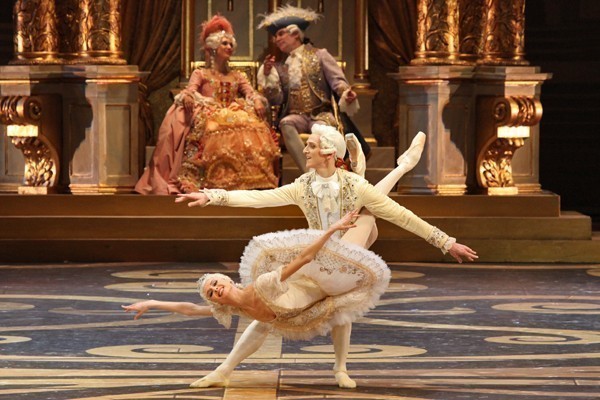 One of the several ballets on our list written by Tchaikovsky this one was first produced on January 15, 1890, and also choreographed by Marius Petipa. Premiering at the Imperial Mariinsky Theatre in St. Petersburg, Russia. Tchaikovsky was commissioned by the Director of the Imperial Theaters Ivan Vsevolozhsky to compose a ballet based on the tale of Undine.

Princess Aurora is the first child born to the King and Queen. Joyous in their good fortune they plan a large event for her. Invitations are sent to six fairies of the land who all represent traits, like beauty, courage, and sweetness, the royal couple would like bestowed as gifts to their child.

When the party is underway a seventh fairy who was not invited appears and demands to know why she was not invited. Not being appeased by anything they say or do the evil fairy casts a spell on the child. The princess will receive all her gifts from the fairies while growing up.

On the day of her sixteenth year, the princess will prick her finger on a spindle and die. A graceful fairy, who has not had a chance to bestow her gift, alters the evil fairies curse reducing it to a century old sleep, only broken by the kiss of a handsome prince. 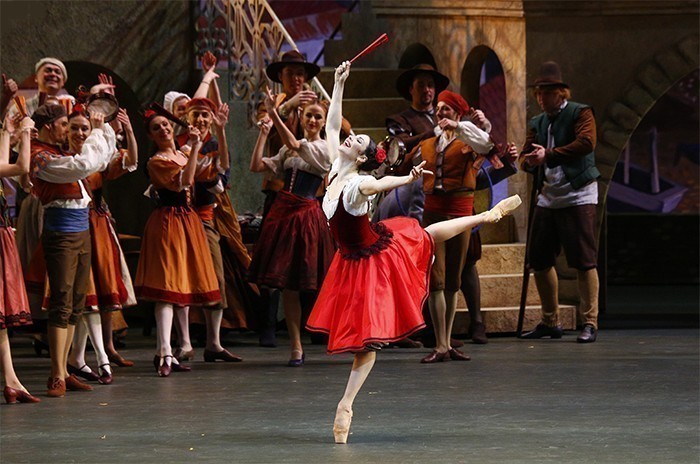 Consisting of four acts this popular ballet was based on the Miguel de Cervantes novel of the same name. Also originally choreographed by Marius Petipa and composed by Ludwig Minkus this work premiered on December 26, 1869, at the Ballet of the Imperial Bolshoi Theater in Moscow.

A few years later the creators reworked the piece to extend the story. The final version consisting of five acts and eleven scenes was shown at the Imperial Bolshoi Kamenny Theatre in St. Petersburg in 1871. The edition that is typically produced today is the version directed by Alexander Gorsky in 1900.

Don Quixote falls asleep while reading and dreams of Dulcinea, his idea of a perfect woman. In his dream, he is a knight defending her. Sancho Panza comes into the room, and Quixote is awakened. Women from the village are chasing him, and Don Quixote demands they leave.

In Barcelona, Kitri tells Basilio that she loves him. Lorenzo, Kitri’s father, overhears them and says to her that she will never see Basilio again. She is promised to Gamache, a local nobleman. Quixote and Sancho appear. When seeing Kitri Don Quixote thinks she is Dulcinea.