dancechanneltv
Admin
posted on 1 month ago — updated on 9 seconds ago
97
views
ASTANA  – The Astana Opera House will present the “Cinderella” ballet on Oct. 8 and 9 in Astana.  The ballet will showcase the well-known story of Cinderella in a new interpretation: the dance is choreographed in a neoclassical style with elements of pop dance and breakdance added. Choreographed by German Raimondo Rebeck, the ballet  is…

By Saniya Bulatkulova in Culture, Society on 2 October 2022

ASTANA  – The Astana Opera House will present the “Cinderella” ballet on Oct. 8 and 9 in Astana. 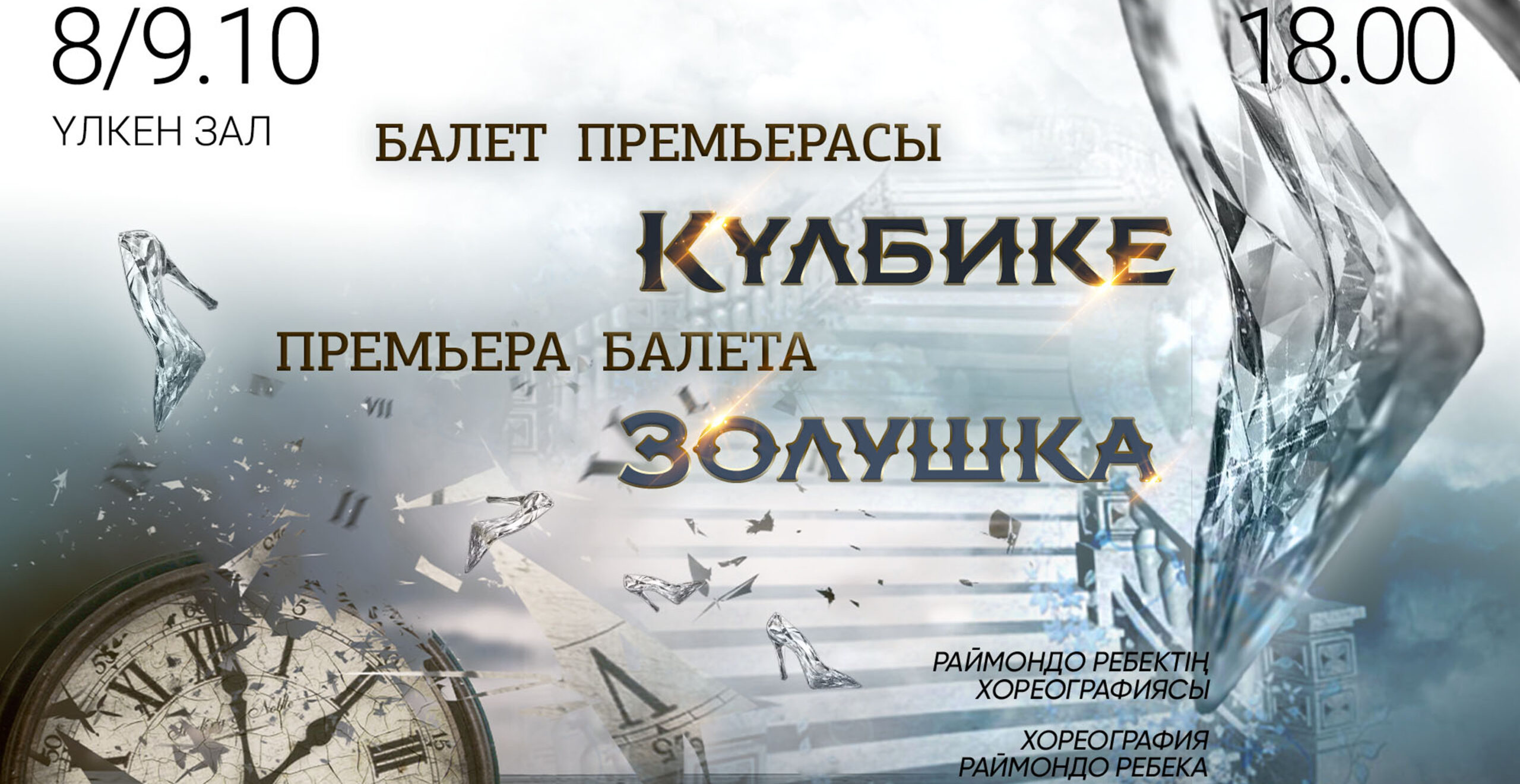 The ballet will showcase the well-known story of Cinderella in a new interpretation: the dance is choreographed in a neoclassical style with elements of pop dance and breakdance added.

Choreographed by German Raimondo Rebeck, the ballet  is staged to the music of Sergei Prokofiev, one of the major composers of the 20th century. In addition to Prokofiev’s melodies, the performance will feature modern popular compositions by Jimmy Durante, Billy Ray Cyrus, James Brown and Louis Armstrong.

The story of the ballet and its characters remain the same, while the time and venue are transferred from the Rococo era to the modern era and back. Cinderella and the Prince’s romantic relationship is revealed by the realization of their creative ideas: Cinderella (Ella) dreams of becoming a couturier, and the Prince – a composer and DJ.

In a recent interview, Berlin-based Japanese scenographer Yoko Seyama spoke about the play and what the audience should expect from the performance.

What inspired you in your work on the scenography of the ballet “Cinderella”?

I was inspired mainly by the choreographer’s idea of how Cinderella creates herself and dreams of becoming a fashion designer. In the first act, she not only cleans the house, but also works on her modeling outfits, making them out of old stuff she found in the laundry, which means she finds fabrics for her collection herself. And, in the second act, there’s a fashion show at the ball.

I have been thinking a lot about what is important in the fashion world or for girls who dream about fashion, and of course it is important for girls to have high heels. I came up with the idea of the famous high heels with the red sole. Everyone knows the famous scene with Cinderella’s carriage ride to the ball, therefore I created this incredible carriage in the form of a big high-heeled shoe as a fashion symbol, and it is the fashion dream that brings her to the party. I think this is a particularly inspired part of my design concept.

On the other hand, we have a Prince, whose life is the opposite of that of Cinderella. She is poor, and the Prince was born into a wealthy royal family. He feels terribly bored in this atmosphere, so he decided to become a musician. Here we have all the gold and shiny things, as well as his musical equipment, such as speakers or audiotape recorders, which are made of shiny gold material. So it is more of a pop and street style atmosphere, but it is still royal. His image is like a young celebrity, which is almost a joke, but a joke about his circumstances, despite which he strives to grow. The gyroscooter, which will be used for moving by the Good Spirit character, is one of those several interesting details that will appear in the play.

What is the color palette of the ballet?

I use mustard shades, warmer, cozier, “homey colors,” and also a lot of velvet in the first act. But velvet is not as important to me as the flowing fabric that creates Cinderella’s mood. In the second act, I have a lot of mint green tones to show the royal atmosphere, so there is a sudden shift from mustard to royal mint green.

How difficult is it for theater artists to perform ballet in the form of a film?

“In this case, we are talking about an elderly couple, which presents the performance of “Cinderella”  ballet. They are the first to appear on the stage, turn on the TV with videotape to see their past life, their growth. It is they who are watching this story. This time it was especially important for Raimondo Rebeck to show the dream and purpose of life. We watch the events of the plot as if it is a film, at the end of which we have good, kind and joyful sentiments.

The main character of this story is a girl designer, with whom you share similarities. Does it bring something personal to your work?

That is very true, although I did not really think about it when I was creating the concept. Talented young people often find it difficult to express themselves. They have the ability, or rather the ambition, to become somebody, they are full of energy, but they do not know how to realize it. It is this that reflects the first act of “Cinderella,”, this struggle with difficulties, efforts to achieve success in a given field. And in the second act, she finally has a platform where she can show her creativity. Staging the ballet “Cinderella” is such an opportunity for me at the moment. For designers, for representatives of all creative professions, it is very important to be able to show the public the fruits of our imagination!