dancechanneltv
Admin
posted on 3 months ago — updated on 1 second ago
181
views
The special performance in November will bring together dancers who left Russia following the invasion of Ukraine. 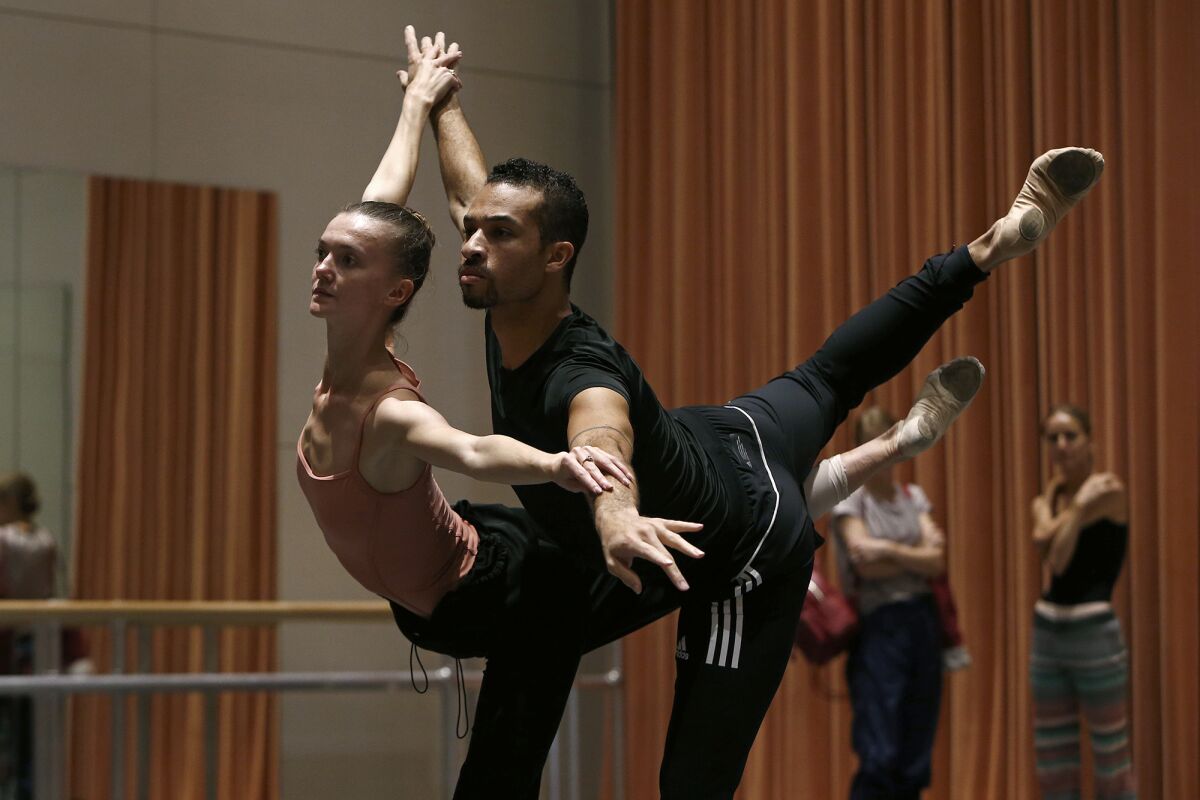 Partners and dancers Adrian Blake Mitchell and Andrea Lassakova performed in St. Petersburg, Russia with the Mikhailovsky Ballet for years, but as the political climate became more tense, the couple began to make plans to leave.

“We were already thinking to change before, but it was hard with COVID,” said Lassakova, “and the way things were escalating.”

“We kind of had this inkling that it was time to move on,” said Mitchell, who grew up in Los Angeles. “Politics were getting a little dicey, and also I was hoping to come back home to my family. I only see them once a year.”

Then war broke out, and they made their plans with more haste. The couple were among those lucky enough to escape Russia following its invasion of Ukraine, and on Nov. 12, they will join other renowned ballet dancers from around the world for a one-night-only performance of “Reunited in Dance” at the Renée and Henry Segerstrom Concert Hall in Costa Mesa. 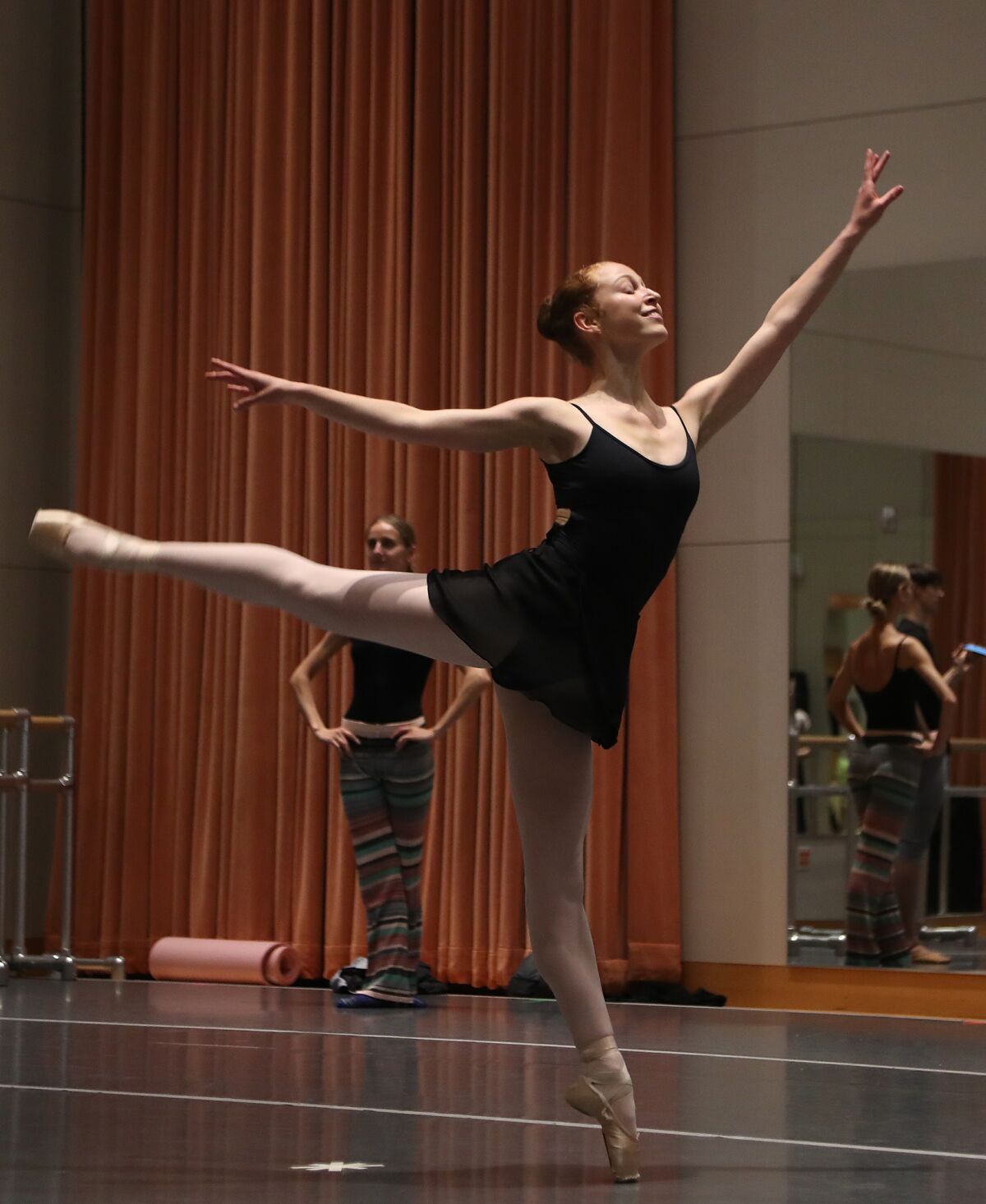 “We are so proud to be joining probably one of the best groups of dancers in the entire world right now,” said Mitchell. “You just don’t see this kind of group put together and for it to be Orange County.”

“Reunited in Dance” will bring together multiple dancers who danced with Russia’s most elite companies, such as the Bolshoi and Mariinsky ballets and Stanislavsky Theatre, before fleeing the country. The program is under the artistic direction of British dancer Xander Parish, former principal dancer at the Mariinsky. The show itself is made possible thanks to Elizabeth Segerstrom and the Henry T. and Elizabeth Segerstrom Foundation and presented in association with Segerstrom Center for the Arts.

“We have had such wonderful favor from Elizabeth Segerstrom, who has given her whole-hearted support, love and kindness to us,” said Parish, “and enabled us to come together as a reunion.”

Parish danced in Russia for 12 years and met his wife there.

“My wife is Russian and we met there, in the theater,” said Parish. “When the war began, we and many of our friends left the country and crossed the border by bus.”

Mitchell and Lassakova said they secured plane tickets the day the war began, but the flight was canceled within a few days. 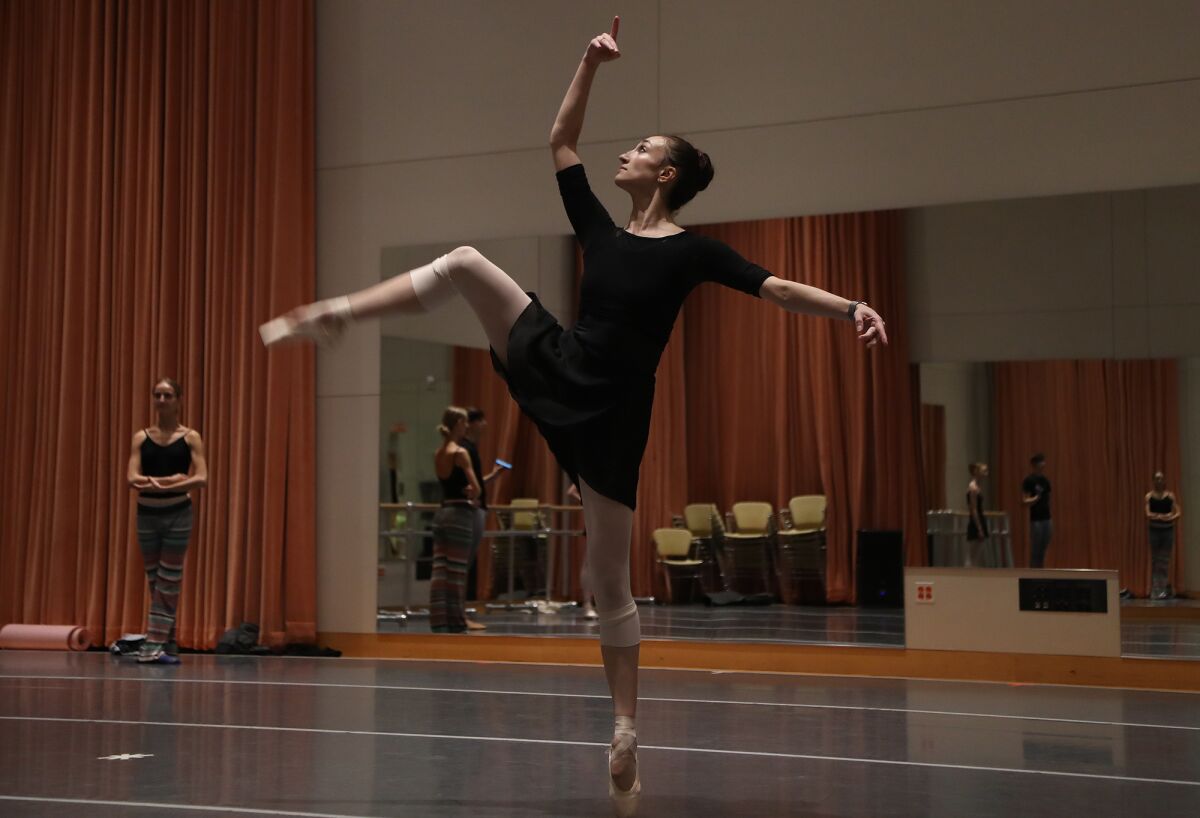 “We have a small dog, and we couldn’t fly with him on certain airlines. We weren’t allowed to take the train out of Russia because it was closed to people who were not Russian or Finnish, and the buses were getting turned away sometimes,” said Mitchell. “We ended up taking a car, a taxi to the border.”

They crossed the border into Estonia by foot, with their luggage and white Maltese in tow.

“It was a rough ride, but that was nothing compared to what the people of Ukraine are going through,” said Mitchell.

At a closed rehearsal on Sept. 30 at Renée and Henry Segerstrom Concert Hall, many of the dancers saw each other for the first time since leaving Russia. 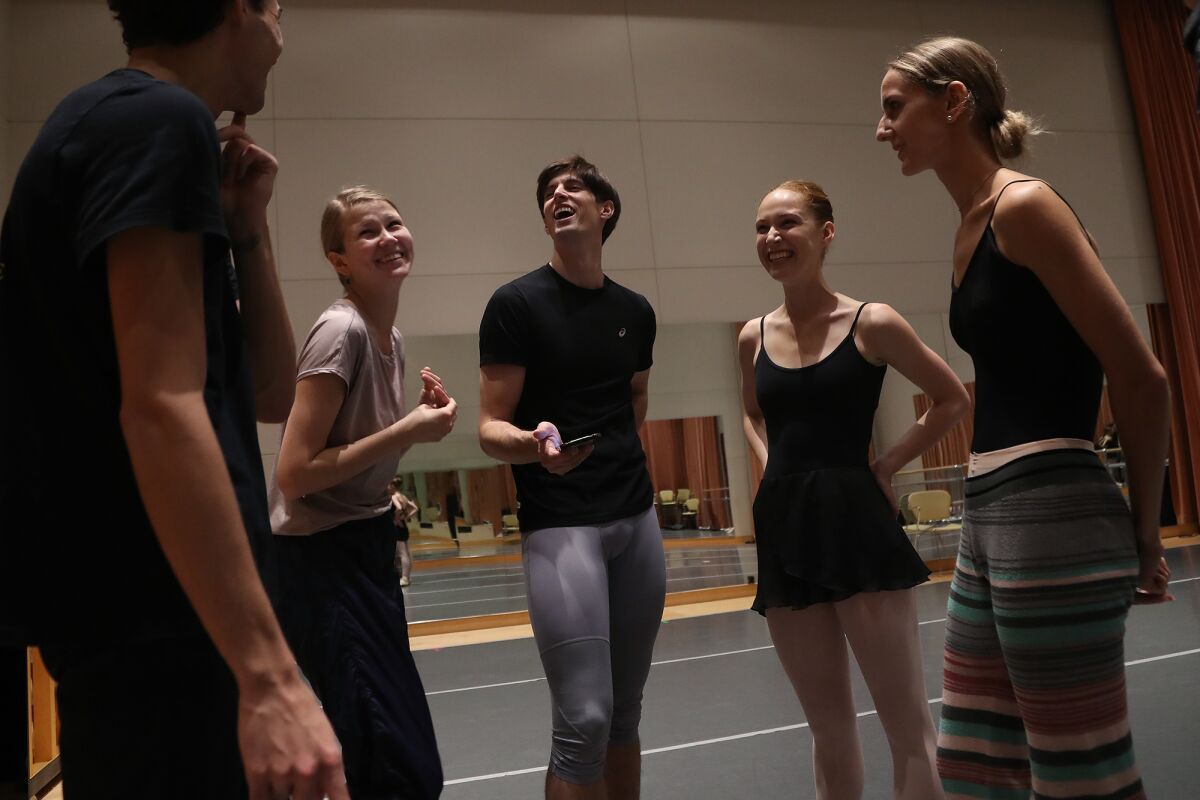 “We are all friends in Russia,” said Lassakova, “and we always wanted to dance together somewhere.”

Parish said some dancers left the day after the war began, and he didn’t see them again until this rehearsal.

“This is a big reunion for us to have that feeling of comrade and bring us back together to perform as a family again,” said Parish.

“Reunited in Dance” will feature new choreography, like the premiere of a new ballet choreographed by Parish to Tchaikovsky’s Children’s Album as well as classics like choreographer Christopher Wheeldon’s “After the Rain.” Music will be directed by Gavriel Heine, and the show’s executive producer is Christopher Minev, both formerly of the Mariinsky. The Hettema Group has specially designed a digital set for the once-in-a-lifetime performance.

“This is one of the most exciting things that I have heard about since we left Russia,” said Mitchell, “or maybe since I started dancing professionally.”

Tickets are on sale now at scfta.org and start at $59.

Support our coverage by becoming a digital subscriber.