dancechanneltv
Admin
posted on 5 months ago — updated on 1 second ago
210
views
Two female ballet dancers are suing the University of Cincinnati for not protecting them from alleged sexual misconduct by a male ballet dancer during rehearsals and performances.

'Nobody believed me' | 2 female ballet students sue UC over sexual misconduct allegations against male dancer Suit: UC was 'deliberately indifferent' to complaints of improper touching in rehearsals and performances 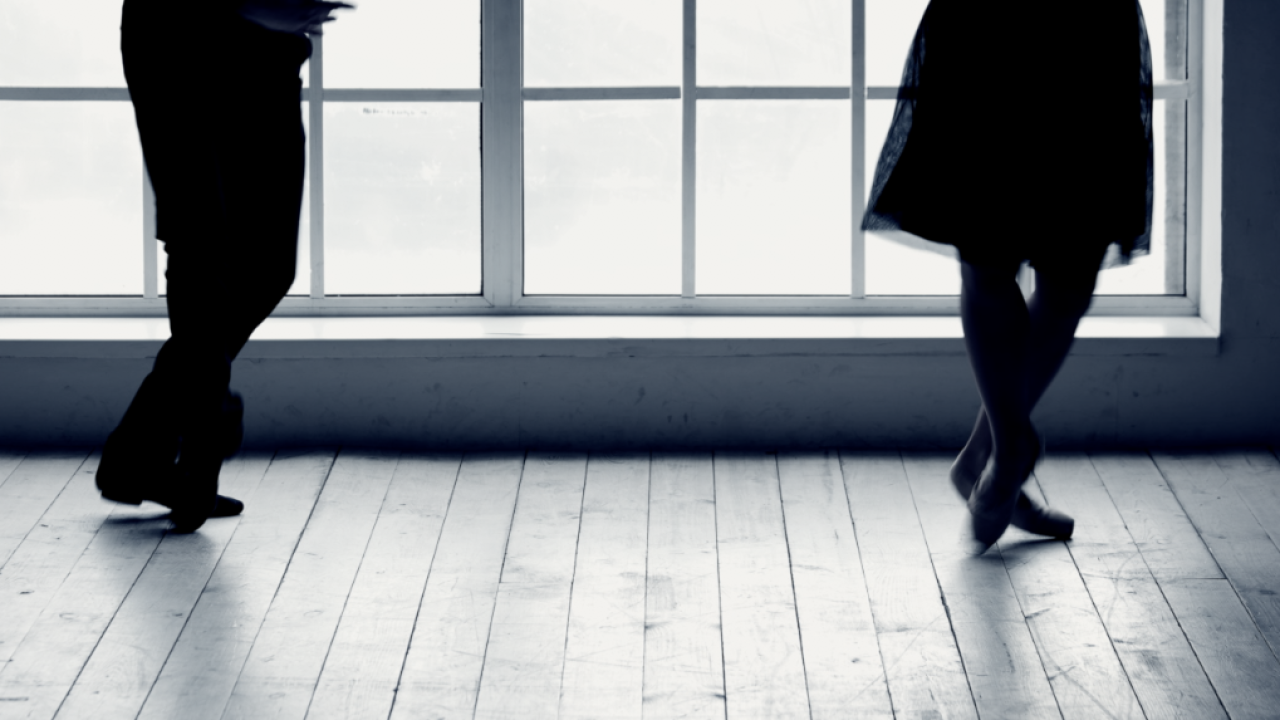 CINCINNATI  — Two female ballet dancers are suing the University of Cincinnati for not protecting them from alleged sexual misconduct by a male ballet dancer during rehearsals and performances.

They filed their lawsuit on June 30 in U.S. District Court in Cincinnati, accusing UC and the College-Conservatory of Music of violating Title IX rules by acting with “deliberate indifference,” to their complaints.

Both sides have agreed to allow all students in this case to stay anonymous, even those who come forward as witnesses, pending the judge’s approval.

WCPO spoke to the two female dancers, who are known in the lawsuit as Karen Soe and Jane Roe, about their experiences.

“Men, when they lift you, are supposed to lift you from your waist,” said Karen Soe, who is a senior ballet major at UC and is at an out-of-state co-op this year. “And with John Doe, his hands started in the wrong place; they started on my breasts, and they remained there for the entirety of the lift.”

Soe, who is 21, began dancing ballet at age 3. She said she’s partnered with six or seven other male dancers throughout her career with no problems, until she met the male ballet dancer who is known in the lawsuit as John Doe.

“With other men, if anything ever happens it happens one time and it’s because … they are trying to save the lift in any way possible. And then they apologize, and explain, and fix it for the next time and it doesn’t happen again. This was not the case with John Doe,” Soe said.

The lawsuit claims that John Doe inappropriately touched Soe’s breasts and buttocks during practices at the Cincinnati Ballet when she was 15, but that she did not report it because she was young and inexperienced and did not appreciate the severity of his conduct.

Soe alleges that behavior continued when they were both students at UC.

The two female ballet dancers are not suing the Cincinnati Ballet, but it is mentioned in their lawsuit against UC.

“John Doe had been accused of sexual misconduct by other female dancers at Cincinnati Ballet prior to his enrollment at UC. This included … at least one student who sought a protection order in Hamilton County Court of Common Pleas Court. The accusations against John Doe were common knowledge in the Cincinnati dance community and … CCM faculty were aware of the allegations,” according to the lawsuit.

Documents obtained by the I-Team show that a Hamilton County judge issued a civil stalking protection order in 2019 preventing John Doe from being less than 500 feet from a 17-year-old girl and her family members. The order lasted for more than three years, expiring in mid-2022.

A spokeswoman said Cincinnati Ballet does not comment on pending lawsuits.

Joshua Engel, an attorney for the two female dancers, said John Doe’s prior alleged behavior at the Cincinnati Ballet is important if the UC faculty knew about his history.

“This young man was not an unknown in the Cincinnati ballet community,” Engel said. “He was considered to be a rising star and people at the University of Cincinnati almost certainly knew about him and knew about his reputation when they decided to admit him into school.”

A spokesperson for UC declined to comment beyond this statement:

“While the university is prohibited from commenting on the specifics of any student matter, the university does take Title IX-related complaints seriously as part of our goal for creating a safe campus for all. We strongly encourage our campus community to report concerns and discuss supportive measures with the Office of Gender Equity and Inclusion.”

John Doe was not criminally charged.

UC also investigated and found that John Doe was not responsible for any misconduct.

But Engel said UC made mistakes at Doe’s misconduct hearing, and in how faculty responded to the two female dancers complaints about alleged inappropriate touching.

“The worst thing I think UC did is that they placed the obligations on the alleged victims to avoid further victimization,” Engel said. “When the students came forward and said we are concerned about this young man … the school didn’t separate them. The school simply said to the young women, ‘well if you feel uncomfortable in the future, you can leave class.’”

After Soe complained to several UC faculty members, she was still required to partner with Doe in ballet class and he touched her inappropriately again, according to Soe and the lawsuit.

Engel specializes in Title IX, a law that requires schools to treat students equally and protects them against sexual misconduct and assault. He’s filed several prior lawsuits against UC representing all sides – alleged victims, students accused of misconduct, and an administrator who complained about the Title IX process.

“We’ve dealt with a number of cases at the University of Cincinnati with Title IX issues and it’s fair to say nobody is happy with the way the university handles them,” Engel said, noting that other schools, such as Xavier University, seem to have a better process for resolving these complaints.

In this case, John Doe said that what happened was either an accident or a mistake due to the slippery leotards and tutus worn by a dancer who is known in the lawsuit as Jane Roe, and his sweaty hands, according to the lawsuit.

“I felt utterly devastated. I just felt like nobody believed me. Nobody believed the other women coming forward were telling the truth,” said Jane Roe, a UC senior who is at an out-of-state co-op this year.

Roe, who has been dancing since age 6, said she has partnered with seven to 10 male dancers throughout her career without any problems until John Doe. When she performed lifts with John Doe, she said his hands were placed in inappropriate areas on her body, sometimes preventing her from moving.

“With other people ... I’ve never had that experience. You just don’t see it in ballets, and you don’t see that happening with professional dancers,” Roe said.

After one lift, Roe said her ballet instructor reprimanded John Doe for incorrect hand placement and asked if she was okay. She said he immediately fixed the problem.

“But then come the next rehearsal the same things were happening. It was just a repeated action, over and over again,” Roe said.

Roe was so upset after one incident of alleged inappropriate touching that she said she had a nosebleed.

After Roe continued to complain, UC issued a mutual no contact order between Roe and John Doe, according to the lawsuit.

Roe also received a protection order from a Hamilton County Court of Common Pleas judge, which stayed in place from November 2021 through the school year, according to the lawsuit.

“Another student, MG, … told the investigator that she was aware of general concerns about John Doe’s technique and that (he) is ‘constantly holding (Jane Roe) and other females in the wrong positions … causing contact with private areas and causing discomfort,” according to the lawsuit.

UC Title IX investigators asked Roe and John Doe’s ballet instructor to serve as an expert witness in technique and hand placement for the misconduct hearing, which the lawsuit alleges is “an obvious conflict of interest.”

After viewing several photos and videos, the UC ballet instructor said John Doe’s hand placement was, “not inappropriate,” and suggested that the dancers “are awkward,” according to the lawsuit.

But another experienced ballet instructor who saw a video of a ballet performance with Roe and John Doe said, “This ballet is one grab fest after another,” and “I am appalled at with what these young ladies have had to endure at the hands of this partner,” according to the lawsuit.

Engel would like UC to hire intimacy consultants for its dance programs, which he said the school already uses in its acting programs.

“There are people who the school brings in to make sure that sexual situations, whether it involves touching or content in their dramatic program, are dealt with appropriately and that everyone feels comfortable,” Engel said. “It would seem that the school would benefit from applying some of those lessons to its dance program.”

“It feels like you’ve been put on a black list, and you’re scared that you’re not going to get a professional contract now,” Roe said. “Especially with our esteemed faculty at CCM. They have a lot of impact on the ballet community. You worry about what they may be saying to some of their colleagues, and then when you go and audition for their company are they just not even going to look at you and think ‘Nope she’s just going to complain. She’s going to make up stories and we can’t have her partner with anybody.’”

Soe agreed, saying that because of her complaint she’s lost casting roles, missed classes and didn’t get partnering experience.

“When people accuse women of just making it up for attention … I think it’s very upsetting and it makes it harder for women to come forward, because it is very scary and it’s very vulnerable,” Soe said. “We just want someone at UC to be held accountable so that it doesn’t happen to women in the future. “ 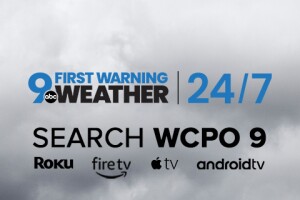 Now you can watch 9 First Warning Weather on your time, any time.