dancechanneltv
Admin
posted on 2 years ago — updated on 1 second ago
8,379
views
Outstanding and very beloved by me St. Petersburg ballerina Alla Evgenievna Osipenko. Her work is close to me. It would not be an exaggeration to say that it is her artistic style that we owe to the renewal of the entire style of Petersburg and, in general, Russian ballet. What epithets just did not address this amazing ballerina: unique, legendary, unique in her data, in the free style of dance, which was so unexpected and new at the time when she was dancing, and her career began in 1950. 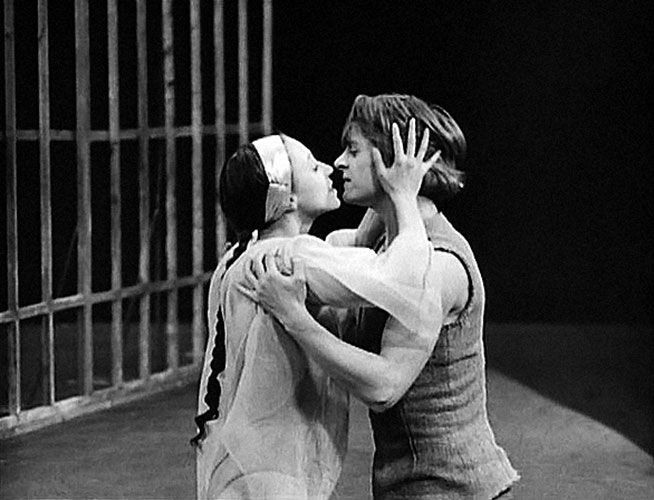 By nature, Alla Osipenko was always light and proportionately folded with an amazing, non-modern high step. After all, then it was not customary to raise legs high in ballet - it was considered indecent. Her wondrous legs were decorated with a high rise. The Lord gave her a body that would cross from one ballet age to another. This will be a new image of a ballerina, which will be deprived of female forms and not only because she will be incredibly thin. It will be a ballerina with the body of a teenager, but this body will be so plastic, vibrant, artistic, able to speak completely different ballet languages, exist in different ballet styles. It will be an incredibly gifted body of the new century.

You can talk about her only in an excellent degree, although her career was very, very difficult. Maybe her dance style was too modern for the time when she went on stage. However, of course, the art of Alla Osipenko cannot be separated from her personal fate. At one time, she had to leave the Kirov Theater. Someone believed that she was treated unfairly and she had to leave the theater. But if you look from the other side, how much new creativity this step has brought to her life. She left after her beloved person and stage partner John Markovsky, and began her independent creative career. She had a chance to work with outstanding choreographers of her time - Jacobson, Grigorovich, Belsky, Aleksidze. She began to collaborate with so much born company Boris Eifman, at that time unknown to anyone else. In many ways, the arrival of such an outstanding artist as Alla Osipenko predetermined the success of the future troupe of the Boris Eifman Ballet Theater.

Alla Osipenko danced thirty-one years. Long term. Many trials, losses fell on her lot. It is amazing that shortly before the end of her ballet career, she had a dream - Anna Pavlova came to her house. And when she came to hug her, she felt that she was crystal. And Pavlova said: “And how long are you going to dance?” Osipenko will later tell: “I woke up and thought, and why was it so crystal? And then I realized that my plastic is leaving. " But life goes on. Leaving the scene, Osipenko starred in films with Alexander Sokurov, played on a dramatic stage, and all this was very interesting. She worked as a tutor at the Mikhailovsky Theater, in private studios in Italy. Her work as a tutor is priceless - after all, she is an outstanding ballerina, a great actress and an amazing woman who knows so much about the profession and can open so much to her students.