dancechanneltv
Admin
posted on 4 years ago — updated on 1 second ago
7,361
views
The arrival to the Bolshoi Theater of Alexander Godunov was sensational. A blond viking appeared in the theater with amazing appearance, huge growth, manly beauty, some very modern appearance and at the same time very individual.

The arrival to the Bolshoi Theater of Alexander Godunov was sensational. A blond viking appeared in the theater with amazing appearance, huge growth, manly beauty, some very modern appearance and at the same time very individual.

After winning the Second International Ballet Competition in 1973, Alexander Godunov became incredibly popular. He has his fans. The Paris Academy of Dance presents him with the prestigious Nijinsky Prize as the best dancer of the year. Only one thing darkened the career of a dancer - for several years he was restricted to go abroad. For a ballet dancer this is a tragedy. If you are not allowed to travel abroad, if a troupe cannot present you on tours abroad, then why put performances on you? So you are not interesting here.

In the Bolshoi Theater, the circle of roles is closed. He danced Siegfried in Swan Lake, Earl Albert in Giselle, was his own, unlike anybody classics. Grigorovich gave Godunov dance Spartacus. He made this performance in his own way very interestingly, with powerful jumps and it was in them that he expressed his temperament and acting talent. He knew how to spiritualize ballet technique. And in each interview he said: “I want to dance, dance, dance!” He lacked work. He dreamed of working with the titans of choreography in the West - Bejart, Roland Petit.

Work with Plisetskaya was salvation. Maya invites Godunov to play with her in the films-ballets - “Anna Karenina” and “Carmen Suite”. Revising these works, one can see how, in their duet, literally sparks flew from an amazing combination of two temperaments of these interesting artists.

In his fate, which was associated with the Bolshoi Theater, there came a moment when he could not resist and wrote a statement: “I ask you to dismiss me of your own will due to moral and creative dissatisfaction.” Then this statement is not signed. The situation has not changed for five years. Five years is a huge time in the life of a ballet dancer. Yet enlightenment has come. Yuri Grigorovich worked on the new version of the ballet Romeo and Juliet and invited Godunov to the party of Tibald. Finally, a performance is put on him. The party of Tibald performed by Godunov was one of the most striking in this performance. Grigorovich used all his beautiful external and physical data - all the outputs of Tibald, which he did on a huge jump, just stunned the viewer.

It seemed that the curtain had been torn off — Godnun was removed from the stamp of restricted to leave the country, and performances were staged on it. It was then that he makes a turn in his fate - decides to ask for political asylum on tours in America. Of course, before his eyes there were examples of defendants of the Kirov Theater - Mikhail Baryshnikov, Natalia Makarova, Rudolf Nuriev. And Misha Baryshnikov, a classmate of Sasha Godunov, and they always jealously followed each other. And of course, Godunov could not but be seduced by the idea that his fate should also be stellar, because he is no worse than Baryshnikov. And it is true. He is no worse than Baryshnikov, but he is completely different ... 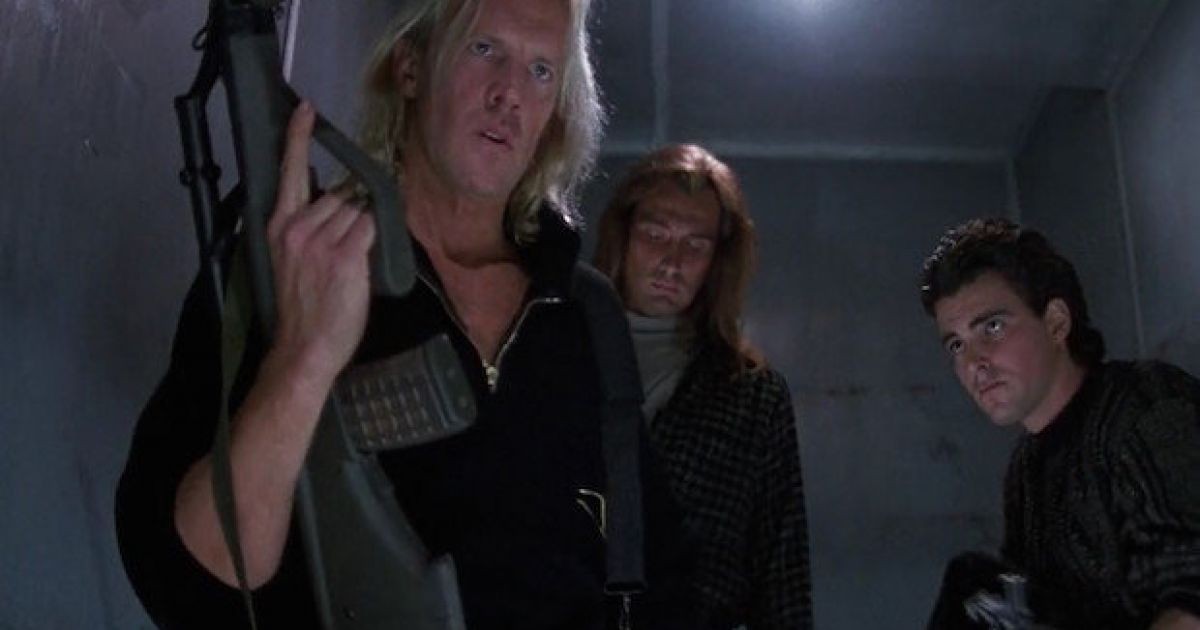 Alexander Godunov is not a name that has immediate recognition, however you almost certainly know him from either one of three diametrically-opposed films - Die Hard, The Money Pit or Witness